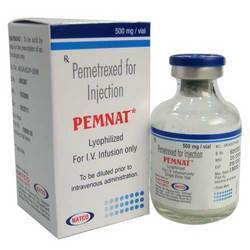 Pemetrexed is a drug that belongs to a class of chemotherapeutic drugs known as folate antimetabolites. Also known by the brand name Alimta, the drug was approved by the United States Food and Drug administration in February 2004 for the treatment of malignant pleural mesothelioma (MPM) in combination with cisplatin, a platinum-containing chemotherapeutic drug. Then in July 2004, the drug was approved by the FDA as a second line agent for the treatment of advanced or metastatic non-small cell lung cancer (NSCLC).

Currently, the drug is used as a single agent or in combination with other chemotherapeutic agents for the treatment of other types of cancer such as breast cancer, bladder cancer, colorectal cacinoma and cervical cancer. It is developed and marketed by Eli Lilly and Company, an Indianapolis based company.

Pemetrexed is an antifolate, a substance that blocks the activity of folic acid. Also called folate antagonist.

Pemetrexed may cause side effects. Tell your doctor if any of these symptoms are severe or do not go away: 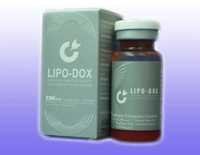